PM Narender modi was in Prayagraj 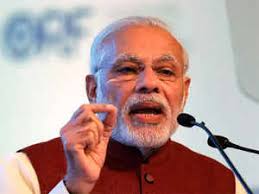 Preparations for the Kumbh Mela being held in January next month in Prayagraj (Allahabad) in Uttar Pradesh. Prime Minister Narendra Modi has reached Prayagraj on Sunday, where he has  inaugurated 366 projects of about 4048 crore rupees and make the foundation stone. It is being said that these projects are being done only after keeping the Kumbh Mela in mind in 2019.To admit government advertisements, PM Modi will inaugurate 366 projects of Rs. 4048 crore for the convenience of pilgrims coming to Kumbh and for the development of Prayagraj. During this time, many ministers including Governor Naik and CM Yogi will be present. The Kumbh Mela will begin in Prayagraj from 15 January 2019.Kumbh Mela is considered to be very important for the Hindus. So let us know that after all preparations are being made about Kumbh Mela and in which items these expenses will be spent and what will be special this time in Kumbh Mela.

41 schemes for Railways worth Rs 700 crore for Kumbh Mela.

Railways have started 41 projects for the Kumbh Mela held in Allahabad in January next year, which will cost Rs 700 crore. A senior railway official said that out of 41 projects, 29 have been completed. The others are in the final stages and are about to be completed soon. General Manager of North Central Railway (NCR) Rajiv Choudhary told in a press briefing that four big booths have been constructed at Allahabad Junction Railway Station.

In the same way, the travelers are also made on other stations. During the Kumbh Mela, for the pilgrims coming to the fair, there is a proposal to run some 800 special trains from different stations of Allahabad district.In which thousands of pilgrims can be provided various amenities. They will have separate toilets for wedding stalls, water booths, ticket counters, LCD TVs, CCTVs, women and men.

Preparation of Prayagraj is being done for Kumbh 2019: