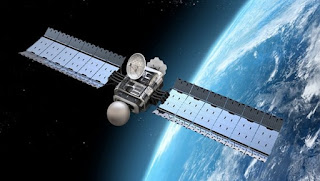 ISRO successfully launched its much anticipated satellite GSAT-7A on Wednesday at 4:30 PM at the scheduled time. GSAT-7A ISRO's 35th Communication Satellite This will help strengthen the communication system of the country. This will increase internet speed. These satellites are very important for the IAF. Prior to this, ISRO successfully launched the most successful satellite 'GSAT-11' on December 5, 2018.
According to ISRO, the two communication satellite launches in December will improve communication facilities in the country. Internet users will get the most benefit. It is believed that this will speed the Internet faster. GSAT-7A will provide communication capabilities to users in the Ku Band in the Indian region. According to ISRO, the GSAT-7A satellite mission will be eight years.
Other important things of GSAT-7A ...
1. ISRO President Dr. K. Sivan told the media, "This is a state-of-the-art satellite, which is designed according to the needs, it can also contact hand-held devices and flying equipment in the most remote areas."
2. From this satellite, the Indian Air Force will get the strength that it needs. This will add a powerful facet of communication to the IAF in the control system for integrated air command and air fighters. So far the IAF used to rent the transponder, which was easy to spy on.
3. The Indian Navy has a satellite GSAT-7 for its use only, which is also called 'Rakmani'. It was launched in 2013. GSAT-7 provides 'Real-Time Secure Communications Capability' in the Indian Ocean Region. This eliminates the need for the dependence of satellites operated by foreign operators, which are easy to track.
4. Recently, the Ministry of Defense had approved the formation of a special defense space agency. These three will be the integrated unit of the armies. Along with this, all Indian properties in space will be utilized for the benefit of Armed Forces.
5. Together with GSAT-7 and GSAT-6, a band of GSAT-7A communications satellites will be created, which will greatly help the Indian Army in the communication system.
6. The country also has Regional Satellite Navigation System, which helps the missiles in accurate targeting tools.
7. It is the 17th mission of ISRO's year 2018. This 69th rocket has been launched from Sriharikota.

Launched in 1983, communications satellites
The Indian National Satellite (INSAT) system is one of the largest domestic communications satellites in the Asia-Pacific region, including the nine-elemental communication satellites established in the Geo-Stationary Orbit. It was established in 1983, starting with INSAT-1B. It started a significant revolution in the communications sector of India and later retained it. Presently, the Infrared Communication Satellite is INSAT-3A, INSAT-3C, INSAT-3E, INSAT-4A, INSAT-4B, INSAT-4 CR, GSAT-6, GSAT-7, GSAT-8, GSAT-9, GSAT-10, GSAT-12, GSAT-14, GSAT-15, GSAT-16 and GSAT-18 With more than 200 transpounders in C, Extended C. and Ku Bandong, this system is providing services in telecommunication, television, broadcast, satellite news miscellaneous, social applications, weather forecasting, disaster warning and search and rescue.
How big was the heaviest GSAT-11 satellite
1.Weight of GSAT-11 satellite is 5,854 kg
2.The length of each of its solar panels is 04 meters.
3.Will be installed at a height of 36,000 kilometers
4.Its lifespan will be more than 15 years
5.500 crore rupees is almost cost
GSAT-11 key features
1.40 transponders are mounted on Ku-band and KA-band frequencies in GSAT-11 satellite
2.These transporter are able to send data at the rate of 14 gigabytes per second
3.In this way it is capable of providing high bandwidth connections
4.This will improve the speed of internet in the country.
5.More advanced tools for information technology
6.Gram Panchayats can be covered through this, which will lead to e-governance.
7.It will help in operating the database of more and more internet users.
Four Satellites for Internet Revolution
1.There is a plan to launch four satellites for the Internet revolution in the country.
2.Of these, GSAT-19 and GSAT-29 have already been launched.
3.Gisat-11, Dec 5, was left between 2:07 pm and 3:23 pm.
4.GSAT-7A will be launched on December 19.
5.GSAT-20 will be launched next year
According to ISRO president Shivan, the launch of four satellites with high flow capacity will provide broadband connectivity of more than 100 gigabytes across the country from 2019.