Telangana power struggle: Shah will not allow reservation on grounds of religion 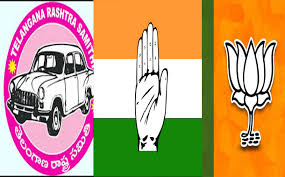 President Amit Shah attacked the state government's proposal to give 12 percent reservation to Muslims in Telangana on Sunday. He said that BJP will never allow reservation on the basis of religion. Because it is unconstitutional.

During the election rally in Uttrakhali and Nirmal, Shah attacked the Telangana Rashtra Samithi (TRS) chief and Chief Minister of the state K Chandrashekhar Rao about this issue. He said that I want to tell Chandrasekhar Rao that the Supreme Court has set a 50 per cent limit on total reservation. If you want to give reservation of 12 percent, then by whose quote it will complete: SC-ST or OBC First decide on this.


Telangana Legislative Assembly has passed a bill in which reservation for jobs and education for backward classes of Muslim community is increased from four percent to 12 percent. However, the Center has yet to get the consent of the bill.


BJP President attacked TRS and AIMIM. Shah accused Chandrashekhar Rao of not fulfilling his promises. He also accused Rao of fear of Owaisi's party AIMIM. Shah also attacked the caretaker Chief Minister Rao on the eve of election, and claimed he had fear of such a wave of Modi wave.
The BJP president accused the Congress of supporting the urban Maoists during the election rally. He said that if the BJP came to power in Telangana, the Naxals would be sent to jail.

Shah said that he was recently arrested (urban Maoists) from Maharashtra. The BJP government led by Devendra Fadnavis put them behind the bars but the Congress supported them. Shah said that the Maoists have only two options - either join the mainstream or be ready to go to jail.


Meanwhile, in an election rally in Shadnagar, Chief Minister Chandrashekhar Rao said that despite repeated requests, Prime Minister Narendra Modi did not pass the bill. He said that we want to give reservation to Muslims. But Modi is against it. This is the reason why I advocate non-Congress and non-BJP government. You know that I have fought for the Telangana state differently. I will also give you reservation in the same way.