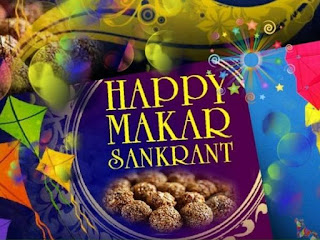 Learn why sesame is so important Read mythology

Yama Raj (who is the son of Sun God's second wife), seeing father suffering in leprosy, has done penance. From the penance of Yamraaj, Sun God became free from leprosy. But Sun God came in anger and burnt the house of 'Kumbha' (the amount of Shani Dev) in the house of Saturn Dev and his mother. Both of them have suffered a lot.

Yamraj explained to his stepfather and brother Saturn in pain and explained the father to his welfare. Sun Ram's point of view came from Sun God Shani to his house. After burning fire in the Aquarius, everything was burnt there, except the black sesame seeds. That is why Shani Dev worshiped his father Sun God from black sesame. After this, the sun god got his second home 'Makar'.
Since then, it is believed that Shani Dev attained the achievement of his father, house and happiness only because of sesame, since then the importance of sesame is believed to be worshiped on Makar Sankranti with sun worship.