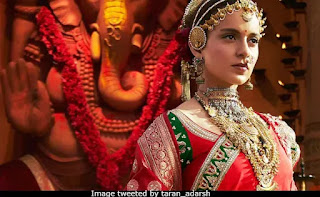 Kangna Runaut's Big Budget Movie Manikarnika is going to be released on January 25 next. There is a lot of talk about the film. The movie trailer has been released quite a few days ago, which was greatly appreciated by the audience. Kangana Ranaut is playing lead role in Manikarnika, she is in the role of Rani Laxmibai of Jhansi. Her performance in the trailer has been quite discussed, people have appreciated her  work. Where Manikarnika is very important for Kangana's career, then the same people are also eagerly waiting for Manikarnika Movie. People are also doing a lot of search on this film. Let me tell you some special things related to Manikarnika's release date, cast and budget.

There is no concrete information about the budget of this movie but it is believed that it is a budget of 125 crores. This is Kangana's first solo movie of such a huge budget. The budget of the first film was 60 crores but due to the rehabilitation of many scenes, the film's budget has increased.