The IPL's style will change, due to the Lok Sabha elections, it can now be IPL 2019 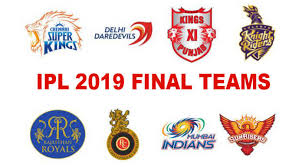 The 12th edition of the Indian Premier League (IPL) will be held in India only. The Board of Control for Cricket in India (BCCI) has made it clear that the IPL matches will not be out of the country. The BCCI has said that the match of the IPL will begin on March 23 and at the same time the situation of the general elections in the country is also seen, due to which security can be an important issue. In such a way the format of the match can be changed.

IPL matches have so far been in 'Home-Away' format, in which each team played a match on their home ground, the second match was played on the other team grounds. But now maybe it can not happen. There may be a change in this. It is possible that matches of the IPL are played on Neutral Venue (neutral venue).

Such estimates are being done keeping the situation in mind due to the general elections due to which the Central Government is not getting adequate security for these matches. It is said that keeping in mind the security arrangements during the IPL, the BCCI has decided to give only three home matches to all the franchises, while the other matches will be played on neutral venues.

It is noteworthy that due to elections, once the IPL has been organized in South Africa and all the matches were there. But according to the reports, this time all the franchisees have also agreed to play at neutral locations in the country instead of getting matches abroad for security reasons. Now BCCI can soon issue a list of 5-6 neutral places where the IPL 2019 matches can be played separately from home-format format.

In a report of DNA, the BCCI official said that discussions have been made about the IPL match neutral venues. If the central government refuses to provide sufficient security, as has happened in the past two elections, then a decision can be taken about this.

He said, "The first purpose is to get the IPL done in India itself. Since the elections will be held in many phases, there will be no problem in selecting such places for BCI, which are acceptable to both the teams. He said that in this order it will be taken care that the respective state government provided complete security for the match.