IND VS NZ: The two balls that could change the match's decision 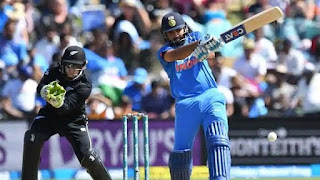 Hamilton: India's unbeaten chariot run out of 10 series in Twenty20 stunned the third and final Twenty20 match against New Zealand with a four-run defeat. With this, New Zealand won the three-match series 2-1. New Zealand, batting first, made a strong 212-run stand for the fourth wicket. In the last over, India needed 16 runs to win, but they could only manage 11 runs. The last over of the match remained like this. Dinesh Karthik was on strike. Tim went to bowl . Dinesh scored two runs on the first ball. Baller thrashed away the ball from Kartik and the umpire did not give the ball wide. No run scored on the second ball.

On the third ball, Dinesh ran for the Run krunal run for Long Inn, but Karthik did not score any runs. On the fourth ball, Dinesh gave a run to Strike krunal. Now India needed two sixes to play super over. On the fifth ball, the krunal could only take one run. With this, New Zealand made the series their name. Now Dinesh was on strike. Dinesh sent the last ball out of the field, but it was too late till then. Along with this, New Zealand made the match by four runs.

Dinesh kartik had played many match winning games and again he had applied his full potential to best the heat by unfourtounately india had lost the match.

By winning this match New Zealand has won the series by 2-1.