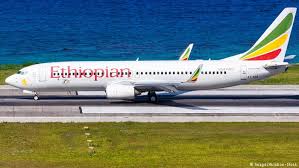 
A flight of ethiopian Airlines going to Nairobi from Ethiopia's Ethis Abbas in Ethiopia crashed within 6 minutes of flying, in which all 157 people died. The dead included 149 passenger and 8 crew members. Those killed in the Ethiopian Airline Incident include citizens of Canada, China, America, France, Britain and Ethiopia. There are also reports of the presence of 4 Indians in the dead.


The Prime Minister of Ethiopia has confirmed the plane crash. The Ethiopia Airlines flight was flying from Adis Ababa at 8.38 am in the morning from the local time and broke its contact at 8.44 minutes in the morning. Relief and rescue operations are in progress.


The incident happened in Bishopu Shahi, about 60 km from the flight ET 302 capital of Adis. The airline reported that the plane in which the accident occurred was 737-800 Max. The Ethiopian PM has expressed grief over the incident on the tweeter.

What was the root cause of this mis happening is not clear upto now.