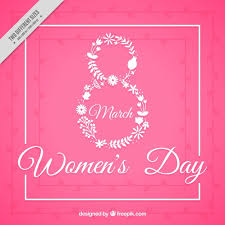 1)Woman is the power of the whole creation.
2The place where woman’s are not obeyed is like hell.
3) Woman does all sacrifies in her life and plays many important roles


Home or office, women everywhere are strong pillars. They should also specialize on this highly special day dedicated to women. For the contribution of women's love, renunciation and society and nation building. If we look at girls nowadays, we find that these girls are fighting a lot nowadays. They can be seen moving forward in every field. Girls are moving fast in the merit list of various examinations. At some point they were considered weak, but they have earned proficiency in every field on the strength of their hard work and intellectual power. This talent should be respected. All the life of women passes through the shoulder joint with the man. His childhood passes first in the umbrella of the father. Even in the father's house, he has to do the work of the house and also continue his studies. This sequence continues till marriage.
During this time, the dual responsibilities of study and writing along with the work of the house have to be done, whereas during this time there is no other work than boys. Some newcomers do not even study properly, while they do not have any other work. From this point of view, the woman always walks with the shoulders on the shoulders, but also discharges more responsibilities from them.
Woman’s are  also respectable in this way.