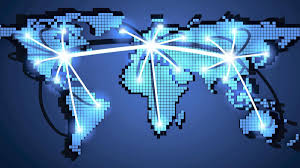 The first website can be accessed through the "info.cern.ch" URL can be accessed through. On the website titled "World Wide Web", there are hyperlinks to various web related documents. Here users can find out what the hypertext is, summary of the whole project, software products etc.
The list of people associated with the World Wide Web project can also be seen. Including Tim Berners-Lee, among others including CERN researchers such as Alco van Asparan, Carl Barker, Robert Cialyu, Dan Connolly. In the World Wide Web History, since 1989, the timeline of the entire project has been told.

Tim Berners-Lee in this research paper demanded an information system from CERN's manager who could connect one computer to another in his lab. This proposal of Tim (Berners-Lee) was accepted and after that the university and the researchers connected to a connection network. Then started the round which laid the foundations of today's internet This time many web companies were born. That includes companies like Google, Amazon.

The browser was first released for "limited audience" in March 1991, and was later made available to Central Surnon machines on May 17th.Many company’s after that started working on the same projects and  Lastly it was made available for public use in 6th August 1991.

In simple words, WWW is a storage space for documents and other files, which are identified by the Uniform Resource Locator (URL). WWW resources are identified by users on the Internet through a web browser. Google has created a doodle once WWW is 30 years old.