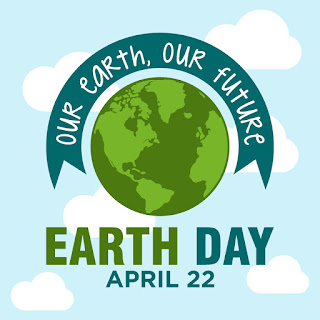 When Earth day is celebrated and why ?


World Earth Day is being celebrated all over the world . Earth Day (Earth Day 2019) was first celebrated in the 1970's. Earth Day (World Earth Day 2019) is celebrated every year on April 22 with the aim of saving the living organisms, trees and increasing awareness of the environment around the world. On the occasion of Earth day, people are made aware about environmental protection, while people also take the pledge to improve the environment. But do you know where 'Earth Day' or 'Earth Day' came from among the people? The name was Julian. In 1969, he first introduced people to this word.


Earth Day is an annual event, which is organized to show support for environmental protection around the world on April 22. It was founded by American senator Gerald Nelson in 1970 as an environmental education. Now it is celebrated every year in more than 192 countries. Senator Nelson proposed the first nationwide environmental protest to connect the environment into a national agenda. "It was a gamble," they recollect "but it worked." Famous film and television actor Eddie Albert played an important role in the creation of Earth Day.

Although Albert did the primary and most important work to build this annual event in the context of environmental activism, which he strongly supported during his entire tenure. It is believed that after the 1970, Earth Day began to be celebrated on Albert's birthday, April 22.

By taking pledges on earth day we can save our rivers and lakes that we should not pollute them with any kind of pollution by sending sewerage pollution or industrial waste water.We shall always treat the water which are coming out from our industries and residential sewers.
We should grow more and more tree  around our living places so that they maintain the balance between earth and cloud .The trees also gives us varies food and fruits which are very much necessary for us for building and growth of man kind.

So we all shall take oath that we will save our planet earth by taking preventive and punitive measures to people who are violating and polluting our mother earth.Also we shall follow the procedure which are taught by our ancestors.If we are going to retain this now then only we will be able to give this planet earth to our next generation.