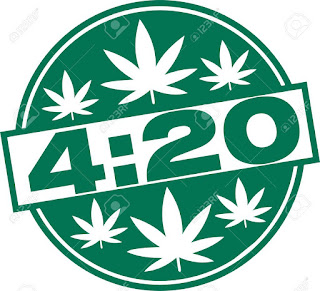 
The biggest holiday of marijuana’s ,4/20, is been celebrated by all  across american on Saturday and a number of other businesses are also helping the other cannabis enthusiasts and supporters to enjoy their day of recognition.

Its believed that 4/20 was actually started by a group of peoples who were living in california who themselves were teens who all may use to smoke regularly marijuana at 4:20 pm.As the time passes by this ritual had also spread among others,after that a code of 420 was born and used as a way for folks to identify themselves as a marijuana-friendly.

Now the marijuana has been legalized by the government a state across the country where many people can use 4/20 or april 20,as a day where they all can celebrates the milestones the plant has made in legislation in advising and advocate on the many barriers that still need to break in regards to views some of the cannabis.

Specials discounts are been offered by many retailers across the state in honor of 4/20 like Pizza hut,Lyft,Carl’s Jr and Boston Market.

Every retailer is giving special treats and want everybody  to enjoy this day and took all the good memories with him with his or her loved one.so enjoy it and had fun.