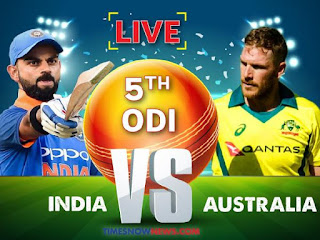 On Sunday 9th june the world was awaited for the battle between india and austrailia .The two team were well prepared for this match.

Virat kholi won the toss and elected to bat first,the decision to bat first in oval was a good decision made by him.The opener player Dhawan and Shikar both would have their mind set that they both today will play well without making any silly mistakes.They both played with calmness against the pace attack of the aussies blower.

127 runs were scored by the shikar dhawan and Rohit sharma parterneship out of which  shikar had made 117 runs off 109 balls while rohit had scored 57 runs out of 70 balls.In this match many records were tumbled.This was the 1st match in which india’s first century stand for the 1st wicket vs austrailia at the world cup.

After the fall of wickets of rohit sharma virat kholi came for batting and had scored 82 runs against austrailia.Hardik pandya had also made 48 runs in 27 balls.Ms dhoni had scored 27runs in 14 balls.in the last KL Rahul had scored 11 runs by adding 1 six,1 four and 1 runs in just 3 balls.

With this India team batting came to an end and india had scored 352 /5 in 50 overs.
The opening battsman of austrialia team were Aron finch and david warner.The aussies reply was bogged down initially by david warner’s diffidence which had put extra pressure on the aron finch the captain which was run out.Later steve smith and made 69 runs and usman khawaja made 42 runs againt india.Jaspreet bumbarah bowled the usman by his splendid bowling effort and again turned the match.

Then bhuveneswar kumar had virtually settled all the issues while delivering his 40th over as his 7th over in the innings.He had dissmissed both smith and stonnis.The biggest hitter maxwell  was out by chahal which had push back the austrailian sqaud.Carey started playing the innings afer that as a ray of hope of the austrailia but had just scored 55 runs out of 35 balls.

Indian team had clean sweeped the austrailian squad in 50 overs by making 315 runs.

These records were in this match :-

With this partnership shikar and dhawan had also become the most prolific opener against the austrailian team by scoring 1273 runs and an average of 60.6 ,also they  overtook the partenership of  gordon greenidge and desmond haynes which had scored 1152 runs avegare of 39.7 against austrailia.