Pakistan had beaten Afghanistan by 3 wickets 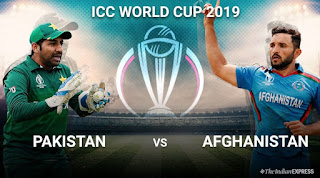 Pakistan had beaten Afghanistan by 3 wickets

Afghanistan player asgar afgan had made 42 runs on 35 balls and najibullah zadran made 42 runs in 54 balls.Rahmat shah had also made 35 runs on 43 balls. Afganisthan  had made 230 runs in 50 overs after losing 7 wickets. Shaheen afridi had taken 4 wickets after his bowling spell of 10 overs and given 47 runs.Wahab riaz had taken 2 wickets in his 8 overs by given 29 runs and also imad wasim had also taken 2 wickets in his 10 overs spell and had given 48 runs.

The balling attack of the afganithan against pakisthan was also good and had made lots of pressure on pakistan.Mohammad nabi had taken 2 wickets after bowling his 10 overs spell by giving  23 runs.Rashid khan had taken only 1 wicket in his 10 overs by giving 50 runs.Mujeeb ur rahman bowling spell was good and had made a good pressure on Pakistan in this match.Mujeeb had given 34 runs in his 10 overs spells by taking 2 wickets against Pakistan.

Babar azam had made 45 runs in 51 balls and imam ul haq has made 36 runs in 51 balls.The man of the match and also the game changer player from the Pakistani team was Imad wasim who has scored 49 runs in 54 balls and made the team to come back again in this world cup 2019.

Earlier the match was in the hand of Afghanistan but as the time passes by the Pakistan had turned the game.Naeeb from the Afghanistan team and bowled his 45 over in which the whole game was changed by imad who had scored 16 runs from the over.

Pakistan had beaten the Afghanistan by 3 wickets .