-->
 Home   News  Facebook,Instagram and whatsup were down in whole world

Facebook,Instagram and whatsup were down in whole world 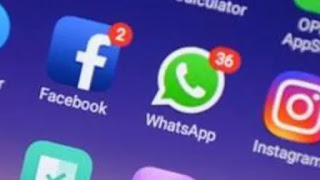 Facebook,Instagram and what'sup were down in whole world

Given the complaints of people, a Facebook spokesman says that we are getting information that a large number of people have to face problems in uploading and sending photographs. We are trying to fix these problems as soon as possible. We apologize for the hassle of getting users. The Facebook spokesman said that our whole team is working on this to solve the problem.

According to the information, when trying to download the picture on WhatsApp, the message is getting through the notification that please confirm whether this photo has been sent to you or not. Users are getting the most problems downloading the files, while the problem of sending the files is getting less attention. Due to the downgrading of these three major platforms, people's responses to Twitter have started. A user has written that whatsup, instagram and facebook are down, there is a strange peace and some worry is also happening. They waste most of my time. One user wrote that Twitter is never down, Twitter is like home.