India wins against Sri lanka by 7 wickets,Rohit sharma made the History 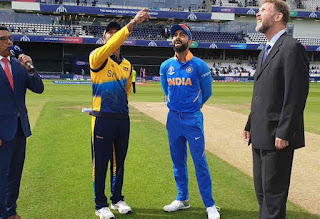 Rohit sharma made the History


Today at the grounds of Emerald headingly, Leeds the farewell match of Sri Lanka was played with India.This was the 44th match played of this world cup tournament.

Sri lanka had set up the target of 264 runs for India.India was chasing their 265 runs target and had won this match. Rohit sharma again made a history by completing his 5th century in a world cup by a batsman. Upto now he had played the second world cup and had broken all the records.This time he has made his 6th world cup century.He had scored 103 runs on 94 balls.Rohit sharma had tied the record with the sachin  tendulkar. 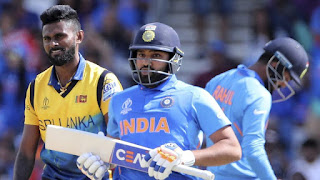 KL Rahul had also made the century by contributing his 111 runs on 118 balls.Both of them had made a good partnership against England.

For Sri lanka ,Angelo mathews had scored 113 runs his 3rd ODI century all of them against India.

Currently India is at the TOP of the table ,If south Africa wins the match then India will retain the same.Else Indian team will come up on 2nd position.