Light version of PUBG Mobile,Niyan’s most popular online game, PUBG Lite has been available for pre-download in India. The PUBG  Lite version is designed specifically for computers with lightweight configurations. For the users who had already registered for it, the server of PUBG  Lite will be live from today.

More than 2 lakh people had registered for PUBG  Lite in India. This means that Gamers who take part in beta testing of the game will get 6 additional rewards according to PJ's promise. This version of PUBG  Lite has been made available for pre-download in India including Sri Lanka, Pakistan, Bhutan, Nepal, Maldives and Afghanistan.

According to PBJ's official website, the download link of the game has been made live and the registered players of beta testing can easily download it.

At present, the server of PUBG  Lite is down for maintenance. In India, it will be down till 2:30 today. PUBG  Lite told that with this maintenance he is going to update content along with fixing many bugs present in the game. The special feature of this version is that in India it will also come with Hindi language option. 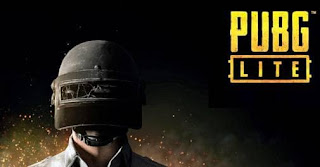 Players must download the Official Game Launcher to setup Beta Light. The Game Launcher is of 64MB size. After downloading, the installer has to run to install the game. As well as follow all the instructions coming to the onscreen.

Players must download the Official Game Launcher to setup Beta Light. The Game Launcher is 64MB size. After downloading, the installer has to run As well as the onscreen.