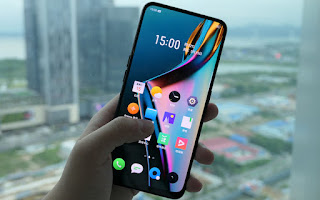 Realme CEO Madhav Seth has posted a video on Twitter, which shows Spider-Man Edition. Also, it has been disclosed that this smartphone will be launched on July 15 at 12.30 pm. In a second post, Seth has mentioned that Realme X will reach Indian markets on July 15, 2019. Reality can launch this smartphone in less than 20,000 rupees. Madhav Seth has also said that the Indian version of Realme X will have different specifications than its Chinese variant.