Redmi 7A Launched in India 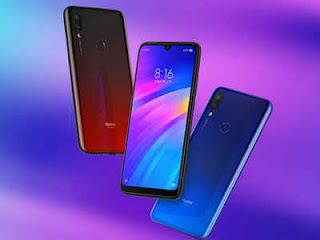 Chinese smartphone company xiaomi launched Redmi 7A on two variants Thursday. Its starting price is 5,999 rupees. The sale of the phone will begin on July 11, in addition to the official website of the company, apart from Flipkart and MI home store. The phone will be copied from the Samsung Galaxy M10, Reality C2 and Nokia 2.2. Earlier, the company has launched A-series 4A, 5A and 6A in the Indian market. The company says that it has sold 2.36 million units of A-Series. Before India it has been launched in China.


The company has launched Redmi 7A in two variants according to the storage.
Under the launch offer, a phone will get a discount of Rs 200 for Redmi 7A on buying in July, i.e. its base variant will be available for Rs 5,799.


Its cell will start from July 11. Apart from Flipkart, it can be purchased from MI.com and MI home stores. 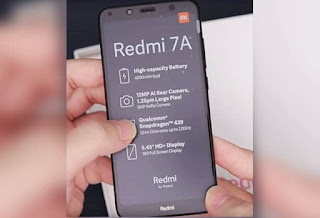 Launched in three colors, Matt Black, Matt Blue and Matt Gold, the Radmi 7A has a power battery of 4000 mAh, which supports 10W Fast Charging. Its cameras are available to look at features such as AI Beauty and AI Background Blur. The fingerprint sensor on the back panel of the phone also facilitates an AI based face unlock.


Price of Redmi 7A in China