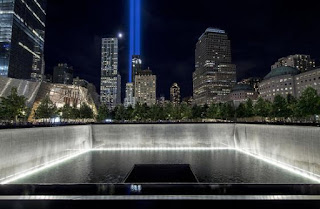 America was shocked by 9/11 attack

The then US President George Bush called the incident as the darkest day in American history. No one has forgotten that morning of September 11, 2001, when, as usual, about 18,000 employees were engaged in daily work at the World Trend Centre, one of the world's tallest buildings. But something happened at 8:46 am in the morning that the normal feeling so far this morning became frightening.
On that day 19 terrorists hijacked four planes and then hit two planes from the World Trend Centre. The first aircraft crashed into the North Tower of the World Trade Centre. At first people thought it was an accident, but shortly after 09:03, another plane crashed into the southern tower. The process of attack did not stop here. After the terrorist attack on both towers, the news of the attack on the Pentagon, the headquarters of the Defense Department of Washington, came at 9:47 minutes.