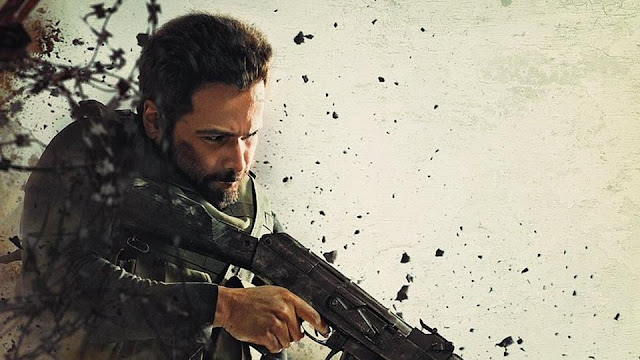 The impact of seven and a half years in the US on Netflix is ​​reaching India. The second season of the first Sacred Games was rejected by the audience. Now Bari is the first web series of Shahrukh Khan's production house Bard of Blood. In the OTT world, where G5 is making its edge by making films and series on native stories. Prime Video is making inroads into areas within the country, first through Breath and now Family Man, Netflix's fascination with old books is becoming a danger bell for it.
Netflix Original's new web series 'Bard of Blood' now has less than 24 hours to release. Netflix and viewers have high expectations from this web series after Sacred Games. This time Emraan Hashmi is making his digital debut through Netflix. After a long time, Emraan is once again appearing in an action series or film. This series is going to prove to be very important for him too, because with this he can break the image of serial kisser.
Also Read | Robot 2.0 Movie Reviews

Its been written by  bard of blood novel.

Shah Rukh Khan has also entered the world of web series through this series. Shah Rukh has produced this series in a budget of about 50 crores. The story of this series involving so many big stars is also going to be fantastic. This web series is based on the novel 'Bard of Blood' by Bilal Siddiqui. The web series version cover of this novel has also arrived.

The main character of this series of 8 episodes is Kabir Anand (Emraan Hashmi), an X-Raw agent. He is leaving his job and working in the field of education due to bad behavior in the agency. Now he is a professor. On the other hand, some agents of India have been caught in Baluchistan of Pakistan, which RAW needs one such agent to leave. Raw then celebrates Kabir and he along with Sleeper Agent Veer (Vineet Singh) present in Pakistan carry out the mission.

Also Read | The accidental prime Minister Review
The story of the web series is built around this. You will also see political relations of India Pakistan in the story. Apart from this, one more thing that will be seen in this series is Spy's personal life. This is not the first time, before 'The Spy' on Netflix and Amazon Prime's 'The Family Man' have also been told in detail about Spy's personal life. Now it has to be seen how much the audience likes this story Bilal Siddiqui.