Eddie money died at the age of 70's 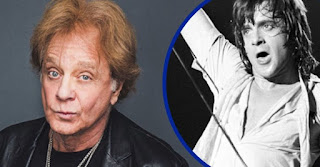 
Eddie Money ,who was a famous singer in the 1970’s and 80’s and whose string of rock hits the entire world including “ Baby hold on” and “Two tickets to paradise “, died on Friday on 13th September in Los angeles,He was 70 when he left this world.

Eddie money was suffering from the stage 4 esophageal cancer his family had declared his death statement by stating that,”Edward Mahoney is been no more”. 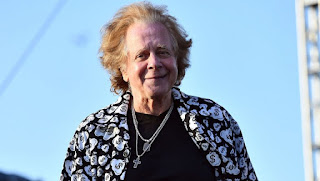 Before his death he and his family was the center of attraction of the AXS TV reality show.The episode in which he has discussed of his cancer was broadcasted one night before he died.

Mr Money was the son of a police officer said that earlier he was in The New York police academy after that he left it and went San Francisco for pursuing the stardom of rock bands.In the 1978 when his album “Baby hold on” has rocked the bill board which was his debut album and got ranked 11 number amongst top 100 has created history himself.

Then after all this again he rocked on the world with his famous songs “Two tickets to Paradise” and “Maybe I’m a Fool”, among all other hits from his side.He mesmerized the entire world with these songs.But in 1980 s Mr money got indulged with the drugs.He staged himself several times for comebacks however, his hits alter in the 80’s including his songs “Take me home tonight”, and “walk on water”, were popular among his hits.