England beats the Australia by 135 runs 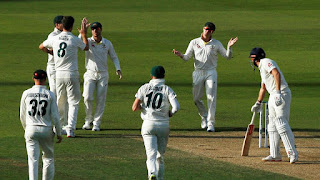 
England had beaten the Australia by beating them in the 5th test which was played in oval.England has level the ashes series by winning this match by 2-2. 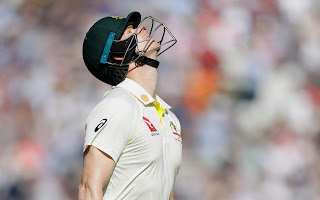 England made this victory by 135 runs at the fourth day of this test match and Australian team got all out at 263 runs.This was the 1st time since 1972 that ashes series got drawn as England won a convincing victory at the oval where Stuart broad and jack leach both had taken four wickets respectively and two wickets were taken by the captain joeys roots in the last innings for Australia.Mathew wade struck a very fantastic second century in this 5th test which included a compelling duel with Jofra archer,but England shifted Steven smith for 23 and wade could not find anyone to stay with him long enough to bring the target to sight. 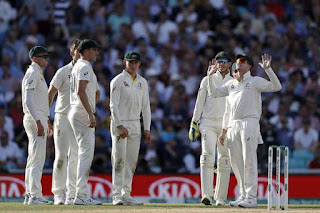 However,when broad had continued his bowling over Australia's openers and getting David Warner for the 7th time in the series and had made Steve smith got caught at leg gully.After launch it was 85 for 4 with the feeling showing that the end will come swiftly.

Wade then added stand of 63 with Mitchell marsh,52 with tim paine and 44 with pat cummins,each time England had nabbed the breakthrough before things got troublesome.