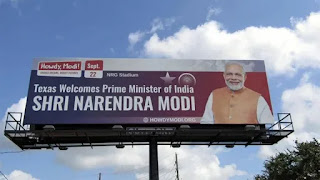 Watch the world on Friendship  between Modi and Trump, know its diplomatic meaning

After the news of US President Donald Trump's involvement with Prime Minister Narendra Modi in the 'Howdy Modi' program to be held in America, all the major countries of the world are eyeing that program.


All journalists are turning the pages of history when an American President had shared the stage with such a public meeting with a foreign leader before that. So far, no page of other such program has been found in the past. If this is true then it has to be considered as a significant event from every point of view.


It is now reported that Narendra Modi requested Donald Trump to attend the meeting only during the bilateral meeting during the Group-7 meeting in Bayeritz, France. With the announcement by the White House, the official office of the US President, it has become clear that the program will be widely discussed parallel to the UN General Assembly session. After all, in diplomacy it will be interpreted that why did Narendra Modi invite Trump to attend his meeting and why did he accept it? Then what they both say will be interpreted.


Earlier, the then Prime Minister David Cameron was present with his wife in the UK assembly. But he spoke a few lines in welcome and then gave Mike Modi a try. Howdy Modi's slogan to be held on September 22 at NRG Stadium in Houston city of America - Shared Dreams, Bright Future means Shared Dream, Bright Future. A record number of more than 50,000 people have registered for this gathering. This number can be said to be very high in itself because the number of residents of Indian origin in this city is about 1.25 lakh. 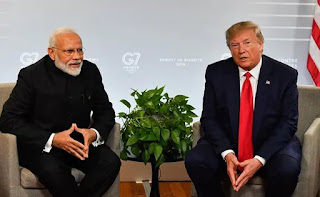 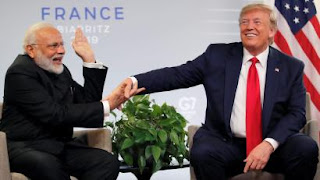 Probably the first political rock show for the world

Narendra Modi is going there to address the United Nations General Assembly, but it is a busy tour with very broad dimensions. Since addressing power in 2014, Modi addresses the Indian diaspora wherever possible. This program differs greatly from the programs of former Prime Ministers in terms of character, generality and content. Modi has not only connected these meetings emotionally with India by instilling in him the self-respect of more than 2.5 crore Indian diaspora spread across the world, but has also given many messages to the countries where Indians are living.
US close ties with India


White House Press Secretary Stephanie Grisham made the statement that this shared rally between Modi and Trump strengthened relations between the people of America and India, reaffirmed the strategic partnership between the world's oldest and largest democracies and their energy And it would be a great opportunity to discuss ways to deepen business relations. After this there is no harm in assuming that America wants to show the importance of its close relations with India. The message of giving importance to the Prime Minister of India is very important for international politics.
The tension between relations between India and Pakistan and the standing of China with Pakistan over Jammu and Kashmir will openly share the platform with the Prime Minister of India and the message of giving so much importance that the trump will be in between Talking about mediation, but America's natural inclination is towards India. If there is a chance of taking sides, then he will stand with India.


America also supported India in the Security Council. Keep in mind that more than 50 MPs from both houses of the US Parliament are attending the Modi-Trump meeting, which includes both Republicans and Democrats. Many prominent citizens and businessmen of America will also participate in it. However, a round table meeting of Modi with the CEO of American companies is proposed separately.