The 3rd International match between India vs South Africa is going to be played in the M.Chinnaswamy stadium Bangalore,Karnataka at 7:00 pm as per the Indian standard time.


With the last match win in Mohali Indian team looks more confident and ready to play the game and want to win this match.By winning this match India will win the series.

With the magnificent batting shown by Virat kholi Indian team won the match.The south africa had made 150 runs and India has chased the same.Indian side is not going to have any kind of change in their squad but South Africa can do the same.The Virat kholi is playing this tournament with the new comers and preparing his world cup team for the 2020. 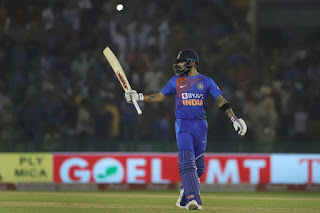