India vs South Africa match abandoned due to rain 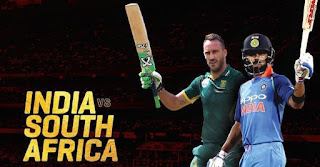 The 1st T20 match which was going to be played between India and south Africa at Dhramshalla was abandoned due to heavy rain fall.Both teams are going to play 3 T20 matches  between them followed by test series.


Both the teams were very excited and fans were also  excited too,but rain has spoiled there adventure.Even the toss was not happened so no toss and no loss.The both teams have packed there bags and from there moved to mohali for there second T20 match to be held.


The next will be played in IS Bindra stadium mohali on 18th september 2019.