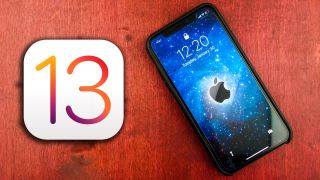 
Apple has declared that we its new ios 13 software ios going to be launched for its new operating system in very strange detailed manner.

iOs 13 will arrive on 19th september.

The company had said after revailing the varities of products on the launch date of iPhone 11,11pro and 11pro max of new products.

But the full version of iphone iOs 13 will only come after the released of the new products only after 30th September.

The company had opted not to announce the release date alongside the unveiling of the new handsets,instead sending the full details out to the media for release.In this Launch its been revealed that some features will not be available in all region and in all languages.

Apple had also said that there might be some issues with its new software which means that some of the central features will not be reasdy in time for the launch of the new devices.

Earlier this year the Apple had made a conference in June and had announced the version of its software and when they will release the same,at that time they will revealed the features like dark mode and more.

The beta version of the software had arrived soon after but immedsately started complaining about the some features seemed to include considerable bugs,some of these bugs were so major that they had started making issues and had also hanged the operating system.Thats why apple has to realse the Beta version of the software that is iOs 13.1 even before the release iOs 13 to counter these issues.
In this release apple had not mentioned any type of its features missing but they had only given the released the date for the same which is on 19th September.