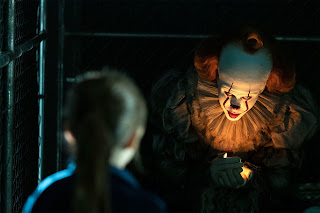 IT chapter 2 is the sequel of the 2017 adaptation of Stephen king’s epic coming of age horror story.It is a very long movie which is much better than the First one.The kids have been de aged into the falshbacks to resembles their youthfull selves from the original.The upgrade version is very well played by the Jessica Chastain,Bill hader,James McAvoy and others characters in the films. It’s as much about the trauma,healing and making peace with your past as it is about to jump scares. The ending is like a book’s ending.

When Stephen kings conceived it ,he admitted that the idea was to write an epic book featuring in his own words,”all the monsters.”The vampire, the werewolf,the mummy the entire stable of vintage universal horror,bump in the night fodder.but he needed one character outside this old creature feature canon,”a binding,horrible,nasty,gross creature”.The author had made his beast effort to make this movie of fear to people watching the same.This movie rembers us the 1990 ‘s.

The kings’s greatest work has always revolve around the finding a primal fear button and brutally mashing it and pennywise was his phobic masterpiece in pancakes makeup.on the page he read like a precisely pitched blend of Freddie Krueger and Ronald Mcdonald. Onscreen its seems like that he is brrowing your psyche.