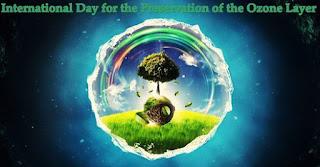 
Ozone day is celebrated on 16th september every year worldwide so that we can focus on the climate changes happening on the earth and save ourself from its worst effect.September 16 is celebrated as World Ozone Day every year. Its aim is to make people aware around the world from the harmful ultra violet rays of the Sun and the ozone layer that protects our lives. For this day many types of  Ozone day speeches ,seminars and other events are organized by the various country around the globe.


You can get the World Ozone day 2020 theme from the UN website,click here

In the year 1994 the UN General assembly proclaimed that International day for the prevention of ozone layer will be on 16th september and on the Basis of Monteal protocol date of signing based on 1987 with all the members of UN nations. 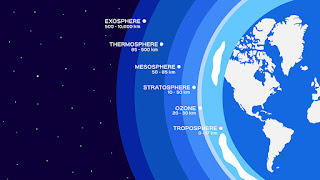 The latest scientific assessment of ozone depletion was completed in the year 2018. The assessment during this period revealed that the damaged part of the ozone layer has recovered at a rate of 1-3% per year since 2000. The ozone layer is composed of three oxygen atoms. It is a highly reactive gas and is present via O3. It is also produced naturally and from human activities.


The ozone layer is most damaged by man-made chemicals that contain's chlorine or bromine. These chemicals are known as ozone depletion substrates (OSDs). When their quantity is high, the ozone layer is damaged and they form holes in it, through which harmful rays of the sun reaches the earth and start damaging the atmosphere.The ozone layer effects the human by many ways i.e. scientist says that if the sun rays will come directly to earth and make contact with human body can cause skin cancer.Also you would have seen in the summer days the atmosphere temperature increases.
If the ozone layer may get depleted at this pace that it may be very dangerous for the earth and if it cause an  increase in temperature of 2 to 3 degrees all the glacier around the world can melt and a large disaster will occur in the form of sunami and the whole world will sink into that.