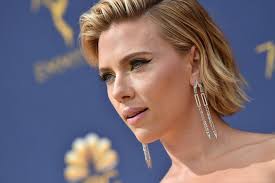 Scarlett johansson came out and had spoken in the favour of the Film maker director Woody allen,stating that she loves her work and believed that he is free from all allegations.


She says that she see woody whenever she wanted and also had lot of conversation with him about it.He ways maintain his innocence and have a very good behavior with his coworker’s.

The allen was accused with the adopted girl Dylan farrow for molesting her,the allegations were first charged to him in 1992.The director denies all the claims charged on him.

Scarlett had worked with the director in may movies like Match point,Scoop and Vicky cristina Barcelona.She said that she want to support him and also told others to work with him who are no working with him.