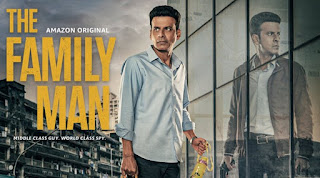 
In this series, Manoj Vajpayee is seen playing the role of a government agent and middle class man. His character's name is Srikanth, who is busy in making a balance between his work and family. The story of the web series is the story of a special operation, which is done in Pakistan. Parts of it have been inspired by real events.


Let me tell you that many actors contemporary of Manoj Vajpayee have already debuted in the webseries. Manoj vajpayee had also long wanted him to make a digital debut. Now from The Family Man, he has come in front of the audience through webseries. Before him, several actors have worked in webseries, including Nawazuddin Siddiqui, Saif Ali Khan and Pankaj Tripathi from Mirzapur in Sacred Games.