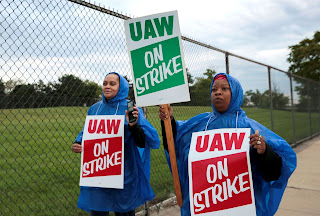 In the last 12 years The United auto workers went on strike against General Motors on Sunday nights.
Approximately 50,000 workers walked out at 31 GM Factories and 21 other facilities, which were spread across nine states in the country, mainly they are situated in the middle of the country. After 2007 this is the largest strike by any union against any business in us.


At around 12:00 o clock the strike started at Sunday night, after that the union declared the strike in the Monday morning via press conference, although the union spoke person Mr. Brian Rothenberg had told that the conversation between both sides is going on and soon they will come to conclusion’s meeting between the two was held at 10 am in the morning.


The union of the General Motors have said that a decade ago ,General motors was putting profits ahead of those employees who had worked for the company when they were running through bankruptcy. 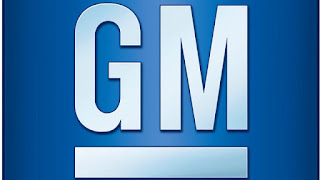 After having conversation between the two that is company and union, the company had give the assurance that they will improve the pay and profits sharing to their employees and also try to build new jobs. They also said that they will try to give the solution to those plants also which are on the verge on closing among them are the one in Detroit and the another one is in Lordstown,ohio.
One of the company familiar person told that GM has promised to open up a new electric truck plant at Detroit Hamtramck and will start developing the batteries for electric vehicles in The next plant which is at Lordstown. They also told that it will take time to open these plants and if the offer is been accepted they will start working on the same  soon.