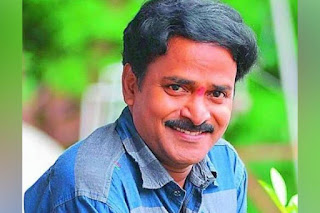 Venu Madhav dies at 39 : Tollywood and Fans shares their  condolence to his death

Venu Madhav a well know name in the Tollywood industry and best comedian of the industry died today at 12:41 by taking his last breath in the private hospital in Secundarabad.He was admitted yesterday afternoon due to his illness in his liver he was very serious and taken to the ventilator directly.

Ever since his death news has came out and went viral to the public which is unbelievable for them, Everybody paying tribute to him through twitter and other social media platforms. Fans are also showing condolence to his death and are not believing how has this happened.Mahesh babu and other Telgu actors who had worked with him has twitted for it.

Many directors and producers also are showing their sorrowness to his family.