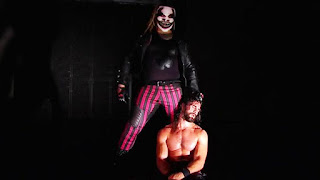 WWE clash of the champions 2019


The WWE clash of the of the champions was played between Seth Rollins and Braun strowman’s.Despite Braun  Strowman being powerful, Seth Rollings caught him. After which 'The Fend' (Fend means monster) was entered. The Fend is named Bray Wyatt. Who came and created panic and told that they want to compete with Seth Rollins.


After defeating two time Brock lenser he would be having his match with monster seth rollins,The seth rollings played his best and perfect techniques 4 times which he usually used to show and after that rollings may used to win even after that he was fail.

Rollings had to beat Strowman four times to win the Curb Stomp. But even then he could not win. He won by beating the pedigree. With this, he won the WWE Universal Championship Match.
Seth Rollings was celebrating after winning the match. But then 'The Fiend' came and disrupted his celebration. It became dark as he arrived. All the fans were surprised.