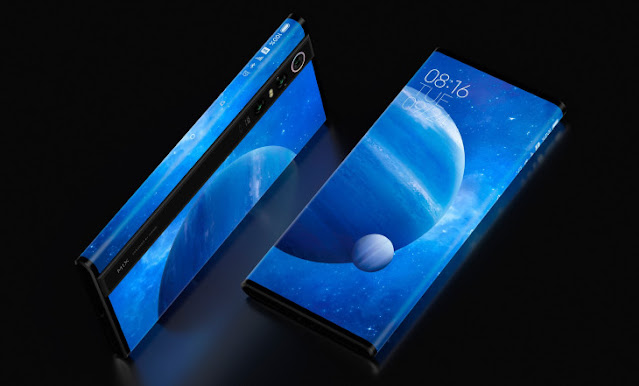 Chinese smartphone manufacturer Xiaomi has launched its Mi Mix Alpha  5G concept phone. The company launched this smartphone during an event in China. The biggest feature of this phone of the company is its display, which is different from all other smartphones. Like Samsung and Huawei, Xiaomi has used a flexible display rather than using a foldable display.

The phone has a flexible display

The company has given a flexible display in this phone. There is no bezels on the side in the surround display of the phone. Extremely thin bezels have been given in the top and bottom of the phone. The phone's display covers almost the entire body. Using the AI algorithm, the phone can sense which side of the display the user is watching, after which that part of the display becomes active.

This is the company's first 108MP camera phone. Samsung camera sensor has been used in the phone. Titanium alloy and sapphire have been used to make the phone.

Currently, it has just been introduced as a concept device and the company has not started its mass production. The company will do a limited production of the phone at the end of the year, which will cost 19,999 yuan i.e. around Rs 2,00,000.

These are the features in Mi Mix Alpha

This phone runs on the company's MIUI Alpha operating system. The phone has a 7.92 inch flexible OLED display, which has a resolution of 2088x2250p. Qualcomm 855+ processor has been given in the phone. The phone has 12GB RAM, 4,050mAh battery and 40W fast charging. The phone has a primary camera of 108 MP. Apart from this, the phone has a 20 MP wide angle camera and 12 MP portrait camera.