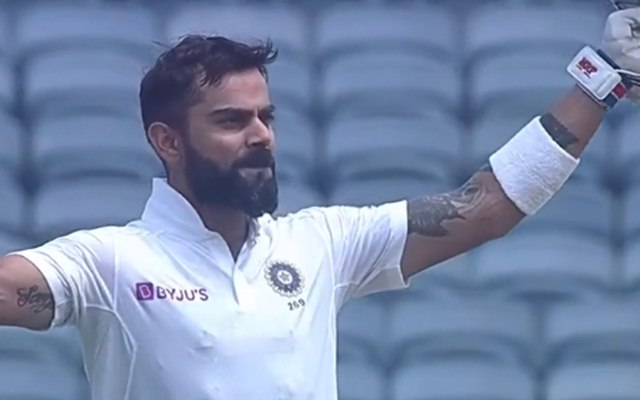 Bradman at the forefront

With this, Kohli also completed his 7000 runs in Test cricket. He achieved this position in 138 innings. He is the third Indian batsman to reach the lowest number of matches here. From India, Virender Sehwag achieved this feat in 134 and Sachin Tendulkar in 136 innings.

When Kohli got his life

Virat Kohli had not hit any six in his double century. He then hit the first six of this innings. When Kohli was on a score of 208, he got a life-time. His catch was caught by Muthusamy's ball but it was a no-ball.

Kohli achieved this position in the 138th innings of his 81st Test match. Earlier Sachin Tendulkar has scored 326 innings in 200 Tests and Virender Sehwag has scored 6-6 double centuries in 180 innings of 104 Tests.