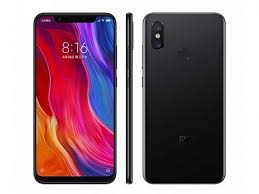 Chinese smartphone company Xiaomi has launched Redmi 8 in India. Recently, during the launch of Redmi 8A, the company gave the hint to launch this new smartphone. This is a budget smartphone, but its features make it great.

The price of 4GB RAM and 64GB memory variants of Redmi 8 is 8999 rupees. Although the company will sell it for Rs 7,999 for the first 5 million units. The sale will begin on October 12.
This smartphone has a dual rear camera in Redmi 8. The primary camera is of 12 megapixels, the second camera  is of 2 megapixels. In this, the company Sony IMX363. HDR has been supported in this. There is also support of Google lens in the camera interface. It has 64GB of internal storage with 4GB of RAM. This can be extended with micro SD card.
Also Read | Samsung Galaxy A31 Features

Redmi 8 has a 6.2 inch HD display and has a dot notch. An 8-megapixel front camera has been provided for the selfie.

This smartphone has a rear fingerprint scanner and face unlock feature. 5,000mAh battery has been given in Redmi 8. The company claims that it will give a standby backup of 27 days. For connectivity, USB Type C has been supported in it. With this, support for 18W fast charging has also been provided.

Also Read | Vivo U10 Features
Redmi 8 has a Qualcomm Snapdragon 439 processor which is Octacore. It has 64GB of internal storage with 4GB of RAM. There is a dedicated micro SD card slot i.e. you can put two SIM and one card. Can install up to 512GB memory card.

Also Read | Moto 6s Features
Redmi 8 has been launched in Aura Design. It will be available in Ruby Red, Sapphire Blue and Onix Black color variants. This phone has P2i splash proof coating. Gorilla Glass 5 has been given for display protection. There are two variants of this phone - 3GB + 32GB and 4GB + 64GB.
You can download Gcam Redmi Note 8 Pro click here.