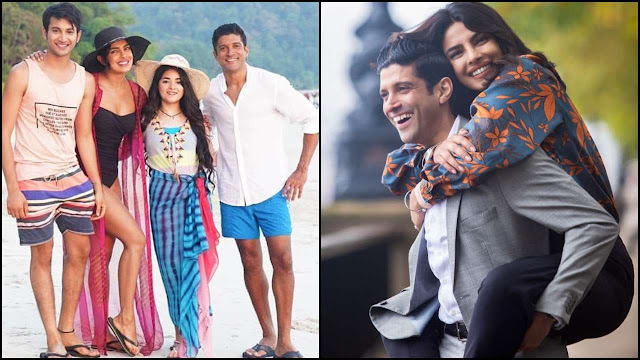 Priyanka Chopra's fans have been waiting to see her in Hindi films for a long time. In 2016, the film 'Jai Gangajal' appeared, Priyanka chose the film 'The Sky Is Pink' for her comeback and after watching this film, you will definitely appreciate Priyanka's decision. 'The Sky Is Pink' by director Sonali Bose is a beautiful story, Whose character has its own colors and when you see these colors in the cinema, then you will be able to understand why the color of the sky is 'pink'. Death is the biggest truth of the world, which is associated with life itself, but it is very difficult to accept this truth and live it while understanding it and this film brings this difficulty on the screen with a lot of beauty and well-being.

This is the story of Aditi (Priyanka Chopra) and Niren Choudhary (Farhan Akhtar) of South Delhi who live in Chandni Chowk, Delhi. They have a son Ishaan (Rohit Saraf) and then a daughter is born, named Ayesha (Zaira Wasim). Ayesha means life, but this child is the victim of a rare disorder such as SCID ie immunodeficiency. This child's immunity is so low that it is difficult to survive Aditi and Niren have lost their first daughter Tanya due to the same illness and that is why now they do everything possible to save Ayesha. For the daughter's life, this couple somehow leaves for money and goes to London and makes every effort to save her daughter here. Her parents try everything possible to save Ayesha and this becomes their mission like life. 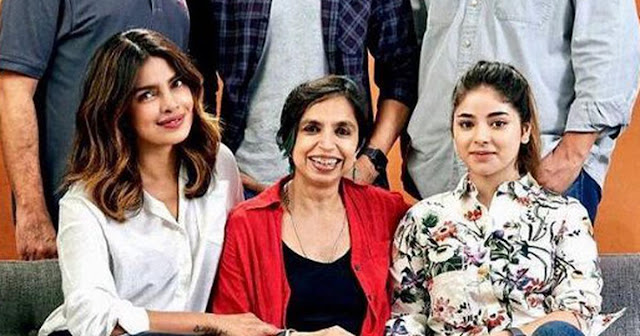 Talking about the story of the film, from the first scene, you know what the end of the film will be. There was nothing worth hiding in this story, but even after this, from the first scene to the last scene, you will see this struggle of Ayesha dying and saving her family. This is the biggest success of this story. It will be called the brilliance of director Sonali Bose, who has woven this story in a great way. The screenplay of the film has also been written by Sonali Bose and Juhi Chaturvedi (author of the films 'Piku', 'Vicky Donor', October), which is very tight. The story of the film sometimes revolves between the years from 1989 to 2015, but its screenplay and direction is so great that you never get lost or confused in it. However, for some time after the interview, the film seems a bit stretched and there seems to be some scope to reduce its length.

Talking about acting, Priyanka and Farhan are so natural in the role of Moose i.e. Aditi and Panda i.e. Niren that after some time you start seeing and feeling like Aditi and Niren. Priyanka herself has played a character ranging from a girl to the mother of an 18-year-old daughter with so much respect, what to say. A mother, whose child is about to die and knowing this truth, throws open the entire medical system so that she can be saved. Priyanka has played this character so beautifully that you will be able to feel every emotion of her. At the same time, Farhan Akhtar is very natural on the screen as always. There is no character over the top of this story. This is Zaira Wasim's last film, because now she has said goodbye to the films, but seeing this film, you will definitely say that Zaira should think again about her decision. The best actress like her will be missed on screen.

The best thing about the direction of the film is that it has introduced such a deep and emotional subject not in a heavy way but in a light way. The film will not just make you cry, but you will laugh out loud many times in the story of Ayesha stealing every single day from death. 'The Sky is Pink' is an emotional treat, after seeing it, you will see your life from a new perspective.