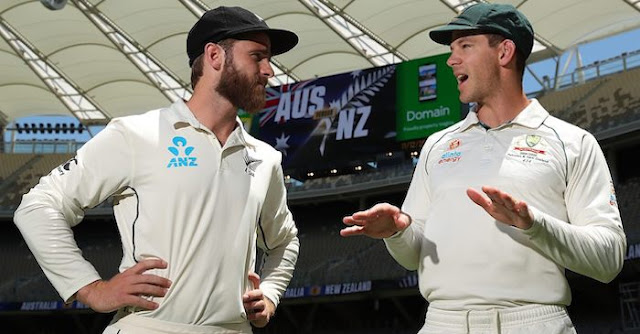 
Australia and New Zealand are neighbours but the two arch rivals on the cricket ground will face each other at the Melbourne Cricket Ground in the Boxing Day Test after 32 years. The second Test match between these two teams will start here on Thursday in which New Zealand will try to equalize the series. Australia won the first Test in Perth by a big margin of 296 runs. New Zealand had last played in Melbourne on December 26, ie Boxing Day in 1987. Then only four of the current team's players Neil Wagner, Ross Taylor, BJ Watling and Coleen de Grandhom were born.

Fast bowler Tim Southee admitted that it was a special moment for his team. Around 75 thousand spectators are expected to reach the Melbourne Cricket Ground on the first day of the match. Many of the legendary New Zealand cricketers did not get this opportunity so it is special. Everyone grew up watching a Boxing Day Test match. The audience and history are with it and New Zealand has not had a chance to play in it for more than 30 years, it is a little different.

New Zealand have made two changes to their squad for the match. Fast bowler Trent Boult has returned after recovering from injury while Jeet Raval has been replaced by Tom Blundell in the top order. Bolt did not play in the first Test match in Perth. Blundell will open the innings with Tom Latham. Blundell has played two Test matches so far in which he played his last match in December 2017 and in that he also came out to bat at number eight. Blundell usually went for batting in the middle order.

Meanwhile, Australia captain Tim Paine said his team could field five specialist bowlers. A month ago, a dangerous pitch had to cancel the Sheffield Shield match. The five bowlers will be decided only after watching the pitch, but according to the circumstances the possibility of landing with five bowlers and Queensland fast bowler Michael Naser may get a chance to make his debut.

Australia usually plays with four specialist bowlers, including three fast bowlers and a spinner. According to Cricket Australia, he had earlier landed a Sydney Test match against Sri Lanka in 2013 with five specialist bowlers. If he lands five bowlers, Neser can be retained alongside Mitchell Starc, Pat Cummins, Nathan Lyon, while injured Josh Hazlewood will be replaced by James Pattinson. In such a situation, Travis Head may have to sit outside.

At the same time, New Zealand captain Ken Williamson said that this is a great opportunity. Boxing day test is a lot of fun. Team players have grown up watching it and now it is a big thing to be a part of it. Regarding Blundell, Williamson said that he is a positive player and a smart cricketer who tries to adjust to the situation. This is a great opportunity for them.

- Steve Smith will beat Greg Chappell (7110) for the highest number of runs scored by Australia in Tests. Topping the list is Ricky Ponting (13378).